We would like to offer our sincere support to anyone coping with grief. Enter your email below for our complimentary daily grief messages. Messages run for up to one year and you can stop at any time. Your email will not be used for any other purpose.

Share a memory
Obituary & Services
Tribute Wall
Read more about the life story of Richard and share your memory.

Richard Reese, 75, of Knox, passed away on January 20, 2023, at the Cleveland Clinic following an extended illness.

Born March 18, 1947, in Irwin Township, Richard was the son of the late Floyd and Melvina Reese.

Richard graduated from Moniteau High School. He worked for JM Beatty then many garages around the area before retiring.

On November 11, 1978 he married the love of his life Darla Kagle who survives.

Richard was a member of the New Life Community Chapel.  He loved spending time with his grandchildren and taking Zach hunting.  He would give a helping hand to anyone who asked.

Along with his wife Richard is survived by his children Kim Plyer and Mike Manual, two nieces that were like daughters Shelly Taylor and Roxanne Rex both of Knox, two grandchildren Zacharal and Zoey Taylor of Knox, six foster children, two nieces who he helped raise Dora Hovis of St. Petersburg and Melinda Swick of Ellwood City and two nephews who were raised like brothers George Reese of Brookville and John Reese of Eau Claire and several nieces and nephews

Richard was preceded in death by his parents, three brothers John, Paul and George Reese and a sister Norma Jean Reese.

Private services for Richard are being held by the family.

To send flowers to the family or plant a tree in memory of Richard L. Reese, please visit our floral store. 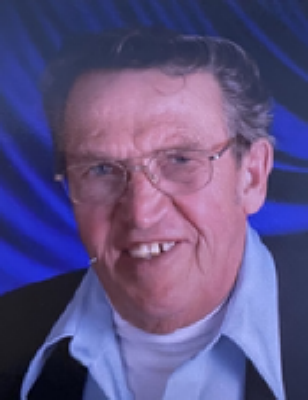 In Loving Memory Of

Look inside to read what others
have shared
Family and friends are coming together online to create a special keepsake. Every memory left on the online obituary will be automatically included in the book.

In Loving Memory Of

Look inside to read what others have shared

Family and friends are coming together online to create a special keepsake. Every memory left on the online obituary will be automatically included in the book.

You can still show your support by sending flowers directly to the family, or by planting a memorial tree in the memory of Richard L. Reese
SHARE OBITUARY
© 2023 McEntire-Weaver Funeral Home Inc.. All Rights Reserved. Funeral Home website by CFS & TA | Terms of Use | Privacy Policy | Accessibility